No, Earthquakes Are Not Covered Under Traditional Insurance 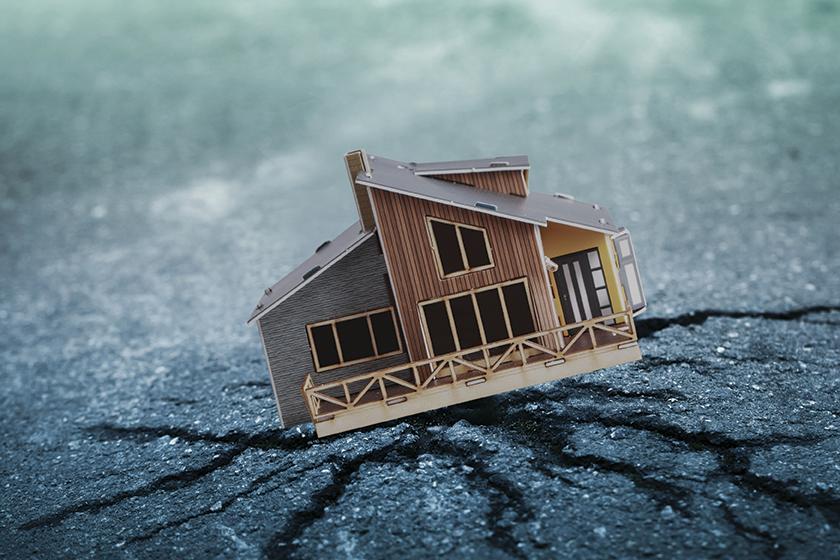 When we think about natural disasters in New England, we tend to focus on hurricanes and blizzards. Earthquakes? Not so much.
Yet, according to EarthquakeTrack.com, we’ve had four quakes in the past 365 days. Not all of these are gentle quakes. On November 8th, 2020 just after 9 in the morning there was a 3.6 magnitude earthquake in Buzzards Bay, Massachusetts that could be felt throughout Rhode Island, Connecticut, and Long Island. About 14,000 people reported the earthquake, which caused minor damage and made the local news. In some places, the damage was serious: some homes in New Bedford close to the epicenter experienced structural damage.
According to the Northeast States Emergency Consortium, a regional tracking system has estimated that there are 10 to 20 earthquakes a month somewhere in the northeastern United States and southeastern Canada.
The region is not a stranger to higher magnitude events either. In 1929, a 7.2 magnitude earthquake triggered tsunami off the Grand Banks of Newfoundland, which wiped out hundreds of homes and killed 28 people. A 5.0 magnitude event struck Ontario and Quebec in 2010, forcing evacuations of schools and office buildings and a declaration of emergency in one town.
There is one more unpleasant surprise: earthquakes are not covered under traditional homeowners’ insurance policies. Fortunately, there is something you may be able to do about this. Coverage for earthquakes me be able to be added to your current policy. Keep in mind: it doesn’t have to be a serious earthquake to do damage. Even cracked foundations and chimneys can prove expensive to repair.
Earthquake insurance may cover the resulting damage such as cracks in the wall to a building collapse resulting. After the recent 3.6 magnitude quake the news reported that many people in the Boston area decided to add earthquake coverage. Now might be a good time to consider joining them.